This is slightly disheartening. I need to be swimming 1800 yards in that amount of time by around August 2016. And in the short term, I’m really not getting any faster. In fact, I seem to be getting slower rather than faster.

I keep pointing out to myself that the reality is that I need to be in the pool moving for half an hour five days a week. That’s the baseline and what I need for my health. Any sort of open water swim or anything like that is only useful if it’s going to keep me motivated and interested. If it gets me not working out, or burning me out, it’s not useful. It’s actually detrimental.

That said, I do want to do the Alcatraz swim. It sounds cool. I’ve been reading some open water swimmer accounts — things like accounts of swimming the English Channel. They’re pretty cool, but I am wondering how much good reading these accounts is really doing me. A Channel swimmer is the elite of the elite, my friends. It’s like the Everest of swimming. In point of fact, considerably more people have successfully reached the summit of Everest than have successfully crossed the Channel swimming. (I think it’s like a factor of five to one)

So, comparing myself to these people and their training could be inspiring, but it could also be unrealistically discouraging.

I’m slow as hell. That’s a problem when you’re dealing with tides, currents and other things that you cope with in open water swimming. I don’t mean like, a problem where the pace boat and crew are going to get bored type of problem. I mean like an “It can kill you” problem.

So yeah, looking at my increasingly slower times over the past couple of weeks does have me wondering if I can even DO this. Should I be dropping back to just swimming for half an hour every weekday morning and leaving it alone?

I could. I really could. There would be nothing wrong with that. I’d be getting the exercise my body needs, which is the whole point of me getting up at five in the morning to head to the pool.

I don’t want to do that. I totally don’t. A mile and a damn half, even if it is in cold, open water with strong currents seems too damn doable for me to be able to let go of that. I doubt like hell I’d ever make a Channel swimmer, and that’s okay. It’s just that this seems too logically reasonable to let go of.

It’s so early in the training, though. I mean, I just decided I wanted to do this a month ago, and I gave myself two blasted years to train for it. Maybe next year, if I haven’t improved enough to be reasonable, I could consider giving up, but it’d be silly to do so now.

What I’m really hoping is sometime in October 2015, I’m going to look at this entry and laugh my head off at how silly I was to be discouraged in a small backwards blip in the data. But the only way I can get there is to keep going.

That doesn’t entirely stop me from growling at my watch right now, or pushing to keep up with the lean, surfboard of a guy wearing flippers in the lane next to me, or wondering if I should be pumping iron to get my strength up, or feeling jealous of the dolphinlike grace of the kids doing their swim team workout in the lane on my other side.

I’m not even thinking about the cold showers and baths I’m going to have to start taking to get acclimated to cold water. I blot out the thought of marine life and possibly being attacked by a shark or seal. 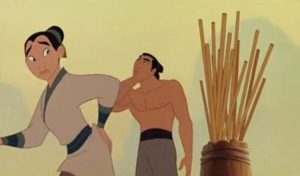 One Reply to “We’ve Got a Long Way to Go”