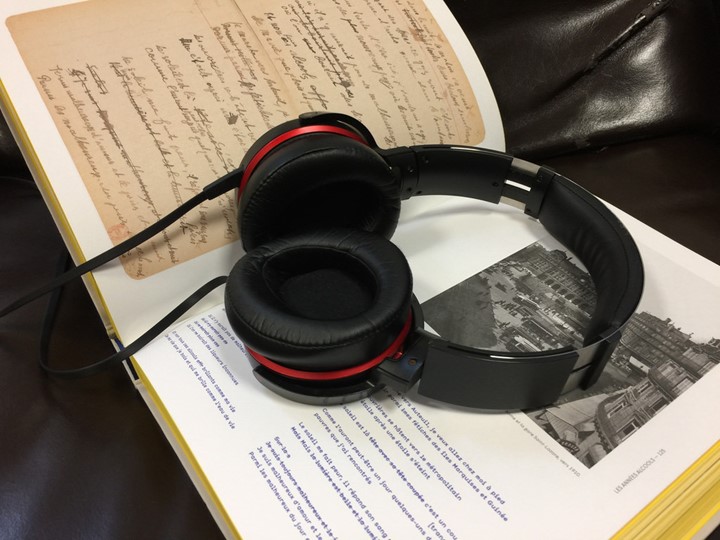 However, the answer is a bit subtler than that. For people who use a phonetic alphabet, there are serious reasons to encourage small children to read until they master decoding. That’s a fancy way of saying that you can look at text in a phonetic alphabet and understand it easily.

Okay, the simpler way to put it is that kids need to practice reading until they master the process. *grin*

Reading text is absolutely a necessary skill. However, in terms of obtaining information, while reading is a major way to do so, it is simply not, nor has it ever been, the only way. Oral traditions are rich sources of information. The problem with them up until recently was how ephemeral they were. But a recording? That preserves more than just the text of what was said, after all.

Believe it or not, there was a theory in the middle 20th century among some scholars that reading silently is a relatively new phenomenon. It has since been debunked, but the reality is that it is common for many people when they read to “hear” a little voice in their head as they do so.

The thing is, I’m not in a classroom myself. I read almost entirely for entertainment, even when it’s so-called scholarly material. I want to be exposed to a clever idea, or fun characters or an interesting plot. I want to learn a new thing.

For the most part, I do this through audiobooks as I am a bit time-crunched. I have work to do, I need to make sure I get enough exercise, I want a clean house. I can take a walk and listen to an audiobook. I can cook a meal or wash dishes or do anything else required to keep my home tidy while listening to an audiobook. So, I do.

I was certainly praised as a child for being a voracious reader. *shrugs* When I was a kid, I took pride in this and a sense of identity from it.

As an adult, I tend to lump books, text, and audio, in with other entertainment media and don’t necessarily see casual fiction as all that nobler than zoning out in front of The Sopranos. The only difference is that I’m getting my dishes done while I’m doing it. I read a lot of books, but I’m not a scholar particularly. I’m doing it for entertainment.

So no, it’s not cheating. It’s not a contest for which I am expecting credit. Is it cheating to learn about astronomy from watching Cosmos rather than reading a popular book on the subject? Of course not.