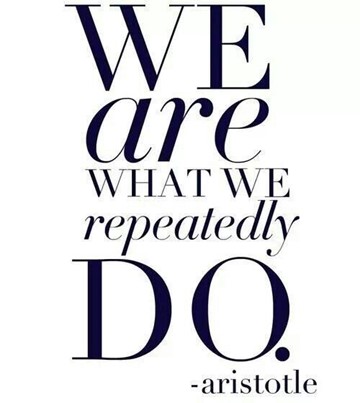 I was listening to an audiobook about creating the life you want that was unusually good, when this little gem came out.

Okay, true. I’m going to die. The moments I have in this world are limited. So, why am I listening to this audiobook and playing this mindless matching game? I mean, the audiobook is fine, but if I need to do something while listening, there’s that sweater I’m knitting for Peter sitting within arm’s reach. I could just as easily be knitting that and listening. Which one is Future Me going to be happier about?

I got to thinking, as is my wont, and I decided to make a rule for myself.

No listening to audiobooks and not doing something else productive.

That was the whole justification I gave myself for spending that monthly fee on the Audible account, wasn’t it, that I was going to be more productive. I can knit, clean house, go for a walk outside or on the treadmill… anything. But it must be working towards a goal or useful task of some sort. For the most part, I kinda do this. My house’s organization owes itself almost completely to audiobooks. However, it is clear I am slipping on my use of this medium. There’s just no excuse, though, for listening and playing Popit. None.

I started thinking about the hooking in a bad habit with a somewhat decent one and remembered from my teens and early twenties that I used to like to read and snack. I even used to joke if I never snacked and read, I’d be rail thin.

Thing is, I broke that habit. I’ll read and eat a meal if I’m eating alone, but in general, I don’t snack much. I’m not rail thin, either, but that’s neither here nor there.

The point is, I broke that habit. Totally broke it more than fifteen years ago, and you know what? I never really noticed.

So, I have a question for all of you.

Is there a habit you have broken, but never really thought about? Maybe it deserves a little Go Me right now!