it literally smells like waking up on a cold night to find a bearded richard armitage adding another quilt to the bed before he gets back in and pulls you snugly against his chest — stepone.tumblr.com 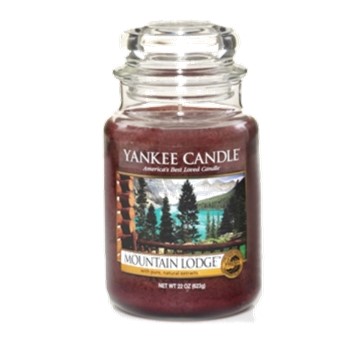 So, I saw this and just had to go to the Yankee Candle store in my town to test it. I had no intentions of buying it, but I was curious.

It’s true. It’s completely true. There are many other comparisons made to it, but this one is the most accurate. And don’t be silly. Even Tightwad Noël bought that. 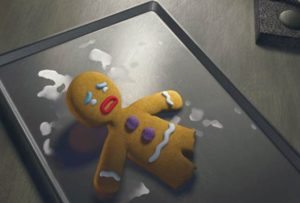 I was pondering on some things at the end of a long workday yesterday (as I am wont to do) and I saw some pictures of some Halloween themed gingerbread men.

It brought my mind back to a story my parents told me about when they were dating. Mom was a teenager when she was dating my father. She was experimenting with cooking (something she still does well into her sixties, I might add) and was making a gingerbread man for my father.

As she was taking it out of the pan, it broke.

Oh no. Disaster right? She’s trying to make something nice for her boyfriend and it broke.

Now my mother is totally a perfectionist. She doesn’t let that get in the way, though. Instead of trying to bake another, more perfect, gingerbread man, she iced the leg, and attached a note to it when she gave it to my father, saying that he broke his leg trying to jump out of the pan and run away.

That was an important lesson to me later on in life. Sure, sure, doing your best is important. But, an important part of being a person is to make good use of mistakes. I doubt I’d have ever heard of any gingerbread man my mother baked for my father as a teenager if it had turned out perfectly. It was the fact that she took a mistake and made it into an interesting story made it memorable fifty years later.

Do you have the creativity to turn a mistake into something awesome? If you do, what did you do? 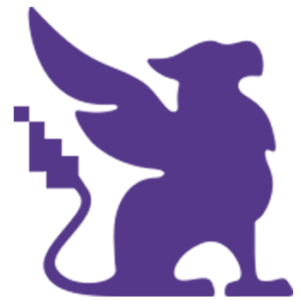 I didn’t go on a swim the other morning. I had a device problem and was up until around 11. Not going to get up at 5 in the morning and work out, then work all day on six hours of sleep if I can help it. I’m protective of my sleep.

I really did intend to give working out a miss that day. After all, one day more or less really isn’t a big deal.

But I got to thinking.

I’m party of a party fighting a boss monster on Habit RPG. Habit RPG turns the habits you want to build and tasks you want to perform into a role playing game. You have a character that earns points from completed tasks and habits that you program in. In certain categories, non-performance will cause you to take hit points, rather like rolling low in combat in a role-playing game.

Yes, the monster is goofy as all get out, but you know what? I knew if I did not perform the daily things I’d set myself to do, such as exercise, not only would I take a hit, the whole party facing the monster would.

Is it childish that I’m using this game as motivation to get things done?

I don’t really think so.

I used to. Even used to feel embarrassed with myself that I didn’t just want to do what I was supposed to and had to make a damn game out of everything. I got over it when I realized that a consistently clean house doesn’t trip my reward circuits like a dramatically messy house becoming clean. I will do what trips my reward circuits as easily as a rat in a maze, and the paradigm of feeling good at dramatic change sets up a cycle of requiring a stage where the house is messy. From a purely logical point of view, I certainly don’t want that. But a house that’s consistently clean because I’m earning points in a game does give the reward jolt. I don’t do stuff that doesn’t trip the reward circuits. (No-one does, by the way, but how they’re activated can vary from individual to individual.)

I like Habit RPG because it engages on several levels. It put you in a group of people who choose to be productive (peer pressure can be used for good!), it gives quick and immediate rewards for good behavior and it’s silly.

Don’t discount the quick and immediate rewards. It may take weeks or months to get in shape, but getting those points for avoiding junk food or working out are rewards that happen right away. This system makes it easy to get some artificial immediate jolt to the reward part of the brain while working on goals that might have long-term or abstract rewards.

If you were ever into RPGs, I gotta recommend Habit RPG as a system to check out.

Hey, It’s Can(n)on
Words and Music © 2006 by Tom Smith
Released under a Creative Commons Noncommercial ShareAlike License
Harry Potter Publishing Rights © J.K.R.
Harry Potter characters, names and related indicia are trademarks of and © Warner Bros. Ent. All Rights Reserved. Characters are used without permission. No challenge to copyright is intended, nor should such challenge be construed.

Ye’ve read the Harry Potter books, ye think ye know ’em through
But there’s something that ye may not know, and here’s a little clue:
The female of the Trio has her birthday on
Talk Like A Pirate Day so heads up, Harry and Ron!

When she found out, her eyes she rolled, an’ she went on knittin’ socks,
But Harry said, “I’ve got the gold, let’s head down to the docks,”
They traded lots o’ Galleons for a lovely brigantine,
And now they’re her young stallions and she’s a pirate queen!

Come here, ye lads and lasses, I tell ye, she’s the one,
Give a cheer and raise yer glasses, but not till class is done
Though she’s only seventeen, she’s smarter than Dumbledore,
Hermione Granger, the Pirate Queen, the pride of Gryffindor!

Her white shirt and black leather they complement her eyes,
A red sash brings it t’gether (and the boots half up her thighs)
Cap’n Hook’s a fan and Jack Sparrow thinks it’s great,
It’s in the books, it’s canon, so let’s all celebrate!

Hoist the mainsil’, wind the capstan, give it all ye got,
The firewhiskey and th’ captain both are really hot,
Here’s a Happy Birthday to the girl that we adore,
Hermione Granger, the Pirate Queen, the pride of Gryffindor!

She taxidermied Pettigrew, and on the bridge he sat,
‘Cause after all, what pirate ship doesn’t have a rat?
She Incarcerous‘d young Malfoy so he could not escape,
And one Petrificus later, she made him walk the Snape!

Now here’s the part we talk about with whom she’s lockin’ lips,
‘Cause after all, a pirate queen has got to have her ‘ships,
Some say Harry’s her true love, or Ron she will betroth,
She finally cried, “I can’t decide, I’ll have to have ’em both!”

Who’s the sassy bossy witch that all the boys pursue?
Grander than the Golden Snitch and more elusive too.
One may Seeker, one may Keeper, both know how to score, with
Hermione Granger, the Pirate Queen, the pride of Gryffindor!

And so the Seven Seas she sails, in deadly hot pursuit
of getting perfect O.W.L.s and aceing every N.E.W.T.
Some think she’s just a bookworm, but I am here ta say
She’s got this pirate thing down cold every natal day!

muscle_boy: Yes, Mama?
Me: Son, I was trying to get out of cooking dinner.

muscle_boy: Thanks for being honest.
Me: (laughs) But in my contemplation, I thought that maybe we could make it a group effort. I’ll make a spaghetti sauce, if you’ll make the pasta.

muscle_boy: (punching the air) Yes!1 But, what about Daddy?
Me: Daddy usually cleans up and I think that’s a valid contribution to dinner.

muscle_boy is fond of his own home-made pasta.

I boil with envy.

I also discussed this with my son, who ran up the stairs shouting, “Auuggghhh. Must run away from gadget-crazed Mama!”

Honestly, I didn’t think I was that bad.

I was given a snowblower and a wood stove late last summer.   The woodstove has been a grand and glorious thing, but it hadn’t snowed enough to need a snowblower up until rather recently.

We tried to use it Saturday and found that it was too heavy to use on a hill.

That didn’t make sense to me.  I know New England girls aren’t supposed to be the delicate flowers that we Virginians with our softer winters are.  But, the idea that I wasn’t strong enough to push a snow blower up a hill and use it didn’t set with what I figure the design parameters of the machine oughta be.  I’m as strong as some men…  And really wasn’t at home to dealing with shoveling a 17″ snowfall all on my lonesome if I could figure out a solution.

So, I called upon a technique hammered into me from before I could read.  It’s called the “What Happens Next Machine“.  You might remember it from your Sesame Street viewing if you’re between 35 and 45.   This is actually a fantastic lesson in theory v. practice, but it’s also a good lesson in tracing the problem.

Each handle has a lever you squeeze.  The left one controls whether or not the snow is blowing.  The right one controls… Oh. Wow.  It controls the drive mechanism on the wheels.  It is, in fact, a self-propelling machine.  (I kinda figured it had to be since it had a reverse control and all…)

So, using the principles of “What Happens Next”, I traced the cable from the right hand control to the machine.  It’s supposed to be a pull lever, but it’s loose.  Further examination shows that it is not hooked around a wheel that will pull it taut and decrease the friction on the cable when it’s pulled.   Voila!

So I sit down in the snow to fix it.  (My butt is still cold!)  What I don’t own is a toolbox with all the tools I really should have for things like this.  You know, ratchet wrench….   God, it took me forever to unscrew one confounded little bolt and because I was wearing sweats and not snow pants, my butt got wet.  But still, I fixed it and cleared off the driveway — mostly.   Snow blowers aren’t made to go down all the way to the pavement, darn it.  Good thing I have a 13 year old to take care of the rest.

I want a Girl Genius T-shirt, darn it.

For all the academic wonks who read this: