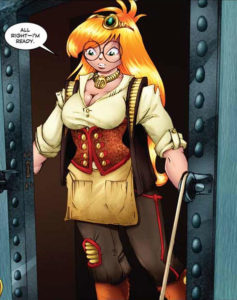 Today’s practice isn’t going to be fiction. That’s mostly because I don’t think I’m at the point where I’m up for writing a short story a day. I think one a week is really about the extent of what I’m up for. So, I need to come up with some ideas for one for next Saturday. I choose Saturday because I feel like I can take more time over it.

I bought one of those Timex Ironman watches — not because I am even vaguely interested in doing a triathlon (well, MAYBE one of those sprint distance one… Maybe. but probably not) but because I wanted a waterproof watch that could keep track of laps. I’m always concerned my time is inaccurate and that I’m fooling myself because I’m losing count of laps and stuff.

Nope. Even looking at the clock when I start and stop a swim has been pretty accurate. Even so, the watch is nice, as I can time my intervals and get a better idea of how I’m doing in my workout as I am going along without stopping to squint at a clock.

I’m going to be cutting out a corset today. Believe it or not, they’re not too hard to make once you get the measurements down. The Elizabethan Custom Corset Pattern Generator  works amazingly well to create a pretty serviceable, simple corset, as long as your measurements are accurate.The real issue is deciding where to put the boning and getting the edging neat. All you really do is make a canvas shell with channels in which to put the boning, sew the fashion fabric to the shell, use some sort of edge binding (I use quilting binding) around the edges, hammer in the grommets if you don’t care about period (I don’t), or make buttonholes for the lacing if you do care, and go. It really is something I’d use to teach someone who was interested in costuming to sew on. Yes, I really would.

I am hoping to finish the corset this week, and then get started on some steampunk garb for my husband. Though, because I am a big ole meanie, he’s going to be cutting out the fabric and lining himself. (Hates cutting out patterns we does. We hates it).

We’re going to be actors in a live-action Steampunk RPG at Carnage Con. I’m looking forward to it. I’ve actually never done anything like this before, so I hope it’ll work out well. I’m thinking mostly Diamond Age by Neal Stephenson for my Steampunk ideas, though until I see the script, I can’t be sure.

Yes, I’m making an Elizabethan corset as part of a Steampunk (which is usually late Victorian) costume. My argument is mostly that if Agatha Heterodyne, who is the quintessence of a female steampunk archetype, can wear what is essentially a renfair bodice during labwork, I should be good with a corset of slightly the wrong shape as long as I pair it with a skirt with the right shape bustle and a more Victorian look to a jacket and hat.

The thing with costuming of this sort is that I actually DO know something about period costuming, and I need to turn that off for this. Steampunk might take its inspiration from the late Victorian era, but from what I’ve found on the web, inspiration is really all it is.

Which is also fine. You really don’t see all that much period clothing at renfaires, or many historical reenactments, either. It’s like historical fiction. At a certain point you do have to pick and choose to decide how you want to present something.

For that matter, I wouldn’t want to wear an actual Victorian outfit with all the proper underpinnings anyway. That would be deucedly uncomfortable unless we were looking at some sort of Pre-Raphaelite reform dress, anyway. Which would totally not work in for a Steampunk costume, or I’d be doing it.

Still need to think about an idea for another story. I’d do a slice of life, but I can’t…

You know, for someone who doesn’t read much horror at all, I really do come up with some creepy-ass ideas for stories. I wonder how many authors don’t read much of the genre they actually write. I’ve gotten advice that said to write what you like to read, but it seems I just don’t do that.

I can see it now, I’m going to be releasing this book of feminist horror stories. *facepalm* It would totally work.