We got into Chicago around nine in the morning, and collected our bags.  Because we weren’t sure how much we were going to like the roomette for two more nights, we decided to see what an upgrade to a bedroom would run us.

Friends, we just plain weren’t $1600 worth of inconvienienced.  We decided to stay in the room we originally got.

That settled, we dropped our bags off at the fancy lounge for people who had sleepers. In reality, nice, but not that fancy.  Food, TV, comfy seats and coffee.  We didn’t avail ourselves of any of this because we wanted to see at least a teeny bit of Chicago and only had a few hours.

The important thing, of course, was to see Lake Michigan. 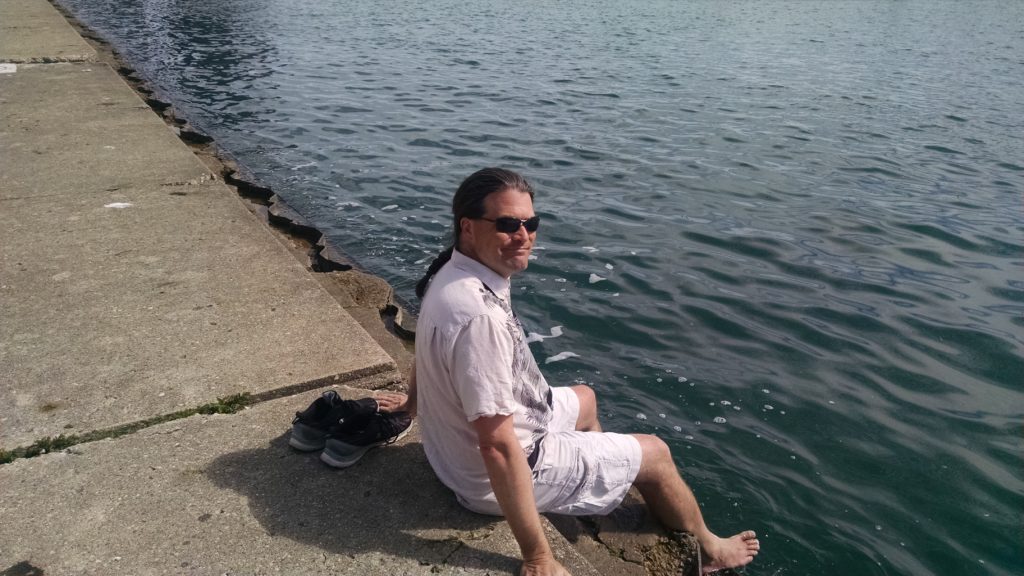 Maybe you think it’s weird to wanna see the water.  That’s nice.  I don’t.  We saw water and athletes finishing a 10K run and geese and big big big tall buildings.  (I’m from DC.  Big, tall buildings aren’t really part of my idea of “city”)  We considered going into The Art Institute of Chicago, but figured that for $25 a pop, that was something we’d want to spend all day on. 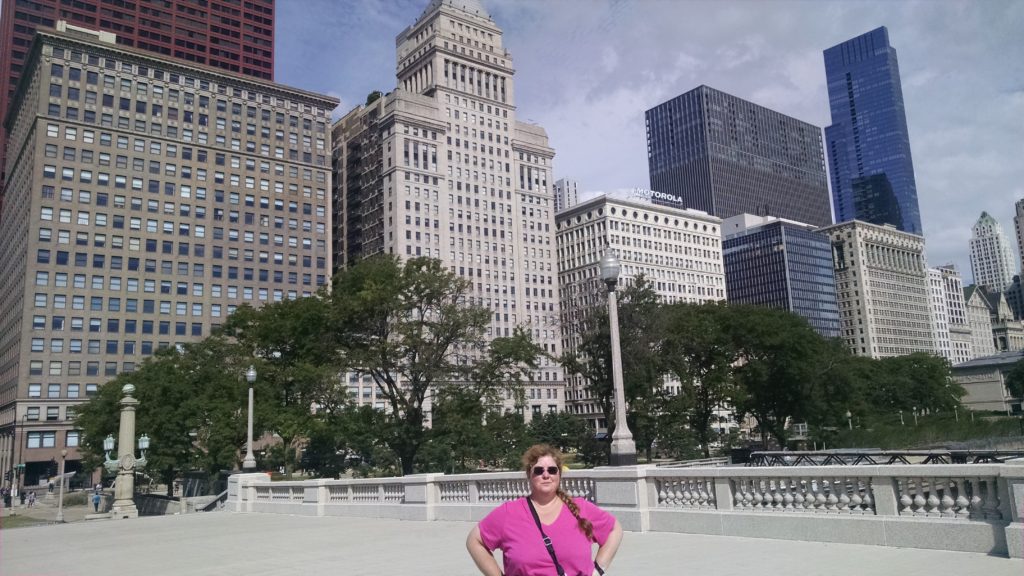 Peter was keen on having real Chicago style deep dish pizza, so we went to Giodano’s. 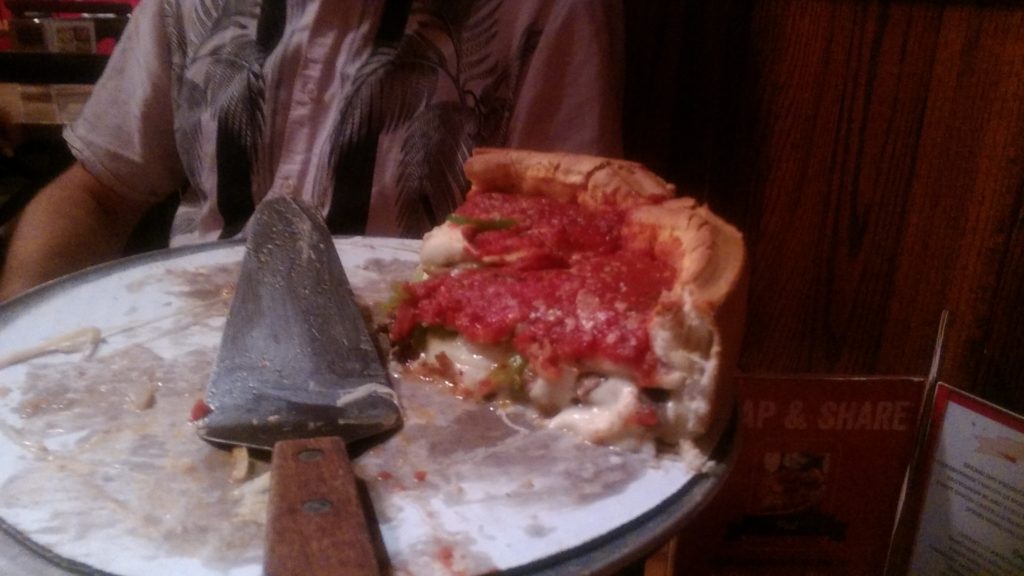 I found out something.  What they CALL deep dish pizza at some pizza places?  It ain’t.  A real deep dish pizza is a bread shell into which you layer meat, veggies and cheese, then cover in a layer of sweetish tomato sauce.   A)  I really like it.  B)  Not sure it’s true pizza to my East Coast sensibilities.  But never mind.  It’s tasty. And since I’ve had it in Chicago in a place that seems to have a rep for good deep-dish pizza, I feel like I can say I tried the real thing.

Trying the local dish made in its proper locality is something I started about a quarter of a century ago the first time I visited Boston.  We went to a Bostonn tavern, and I decided that while the idea of clam chowder didn’t excite, maybe the locals really did make something good.  (They did, and it’s a dish I am now fond of).

When we boarded the train, we got a pleasant surprise.  The Superliner roomettes are a little larger than the Viewliner ones we were using on the Capitol Limited.   Those few inches make a difference and I think we’ll be more comfortable.

Not sure what the next couple of days will bring, but I think it may be a lot of books and knitting.  We’ll have to see.