I was really having too much fun at the beach to write anything. The quiet time I did have in the morning was dedicated to getting some work done for a client, so no real blog posts.

Probably the most entertaining thing to an outsider would be my son’s reaction to Jello shots.  It turns out Jello shots are not his thing.  (My cousin did make ’em strong, which *I* liked quite well!) I know, he doesn’t sound like a early twenty-something.  When I told people I knew that he had his first beer at 21, people assumed I was merely a Deluded Mother.  Nope.  It’s not that he’s too pure to drink or something.  When he was fifteen, we had champagne together on a cruise and he liked it well enough.  It was just that he decided when he was 21, it was time to sample a beer, that’s all.

We took the train from Norfolk to DC. Daddy very kindly brought us to the train station at oh my God, it’s early!  The Norfolk station was much nicer than I expected — a new building with friendly, helpful staff.  Norfolk, VA is often this weird mix of run-down and really nice.  I went to ODU back in the day, so was expecting more run down than nice. The train ride was about what you expect for an early morning Northeast Regional — mostly quiet.  We napped.

When we got to Union Station in DC, we had several hours to kill.  We checked our major baggage — only bringing a carry-on for the train ride.

Fortunately, we met up with some old friends from waayyyy back and had a wonderful lunch at The Dubliner, as well as spending a little time in the National Museum of the American Indian.  I wish we’d had a little more time there, but we did get to see a great exhibit by Kay Walking Stick.  It’ll be there until the middle of September, so you’ve only got about a month left to see it.

Getting on the train was really smooth. Man, they pamper the heck out of you when you travel in a sleeper car.   They have a special lounge where you can wait, though we didn’t really use it because we were visiting with friends.

Boarding is easy.  You’re assigned a particular car and room on these trains.  Between riding the Northwest Regional and flying Southwest, the idea of assigned seating is pretty novel.   In this case, we’re

We got a roomette, and it actually feels roomier than I expected.  I’d known it was small, but it’s comfy as can be for travel.  I was glad that I’d looked up some advice about overnight train travel in advanced.  I was prepared for the roomette not to have a lot of storage room.  The carry on for our overnight stuff, and my purse fit, but it was one of those “just enough” situations. 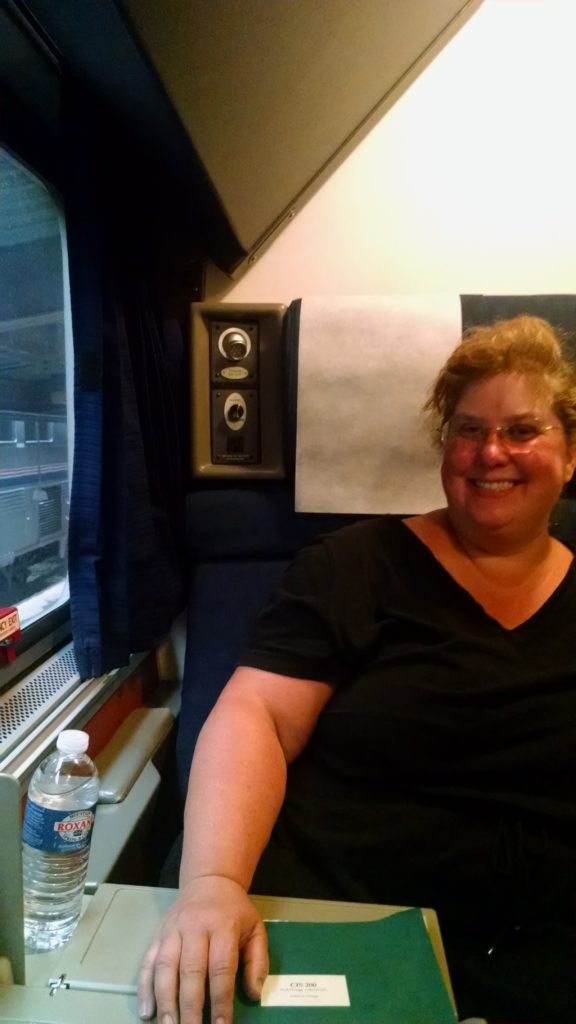 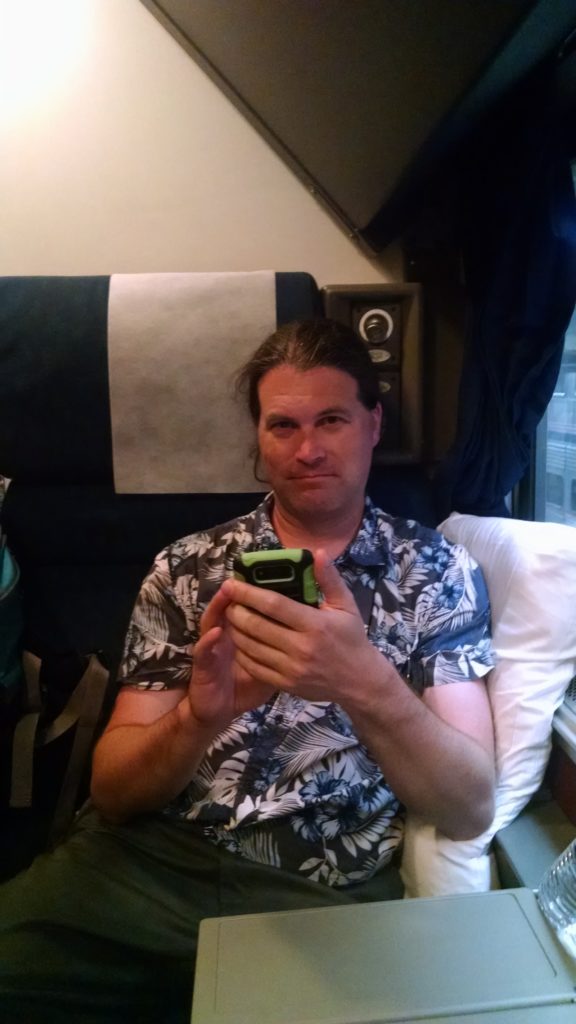 We’re about to roll out from DC to Chicago for our adventure, and we can hardly wait.

One Reply to “Boarding the Train”