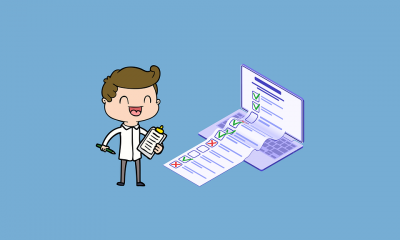 “I already know the answers.”

“He changed his mind. He’s not sure of what he thinks.”

“How can I choose when the advice changes from day-to-day? Don’t they know anything?”

The reality is that sometimes you don’t have all the answers, and that can be scary. The anxiety of unsureness isn’t something we learn to cope with well.

Worse than that, the idea of “I don’t know” is touted as a weakness. Friends, “I don’t know” can be a strength when learning is essential. When you are puffed up with all you know, your cup is too full to take in more. Being able to accept you don’t have all the data is the real strength. I don’t mean that in an Orwellian Ignorance is Strength kind of way, but more that it’s a good idea to be able to evaluate data and know how to assign truth probabilities to it,

As a classic example from a friend of mine, “If I open my hand full of this kitten over an open running blender in a normal Earth kitchen, there is a probability of 100% the kitten will fall towards it.”

You can change the parameters of the statement. “What if we’re on a space station? What if the blender has a lid? Can the kitten jump away?”

Those are all excellent questions, but the point is that as you ask those questions, your answers become more and more refined.

Which, as anyone who reads this knows, is precisely the job of the scientific method. It’s the constant refinement of understanding.

Far too many people think that, at a certain point, answers should be concrete. At the macro level, yeah, we’ll get blended kitten. But sometimes, the answers and lives depend on added parameters.

This circles around to an argument I got into about thirty years ago. We were talking about a science fiction show. One of the people there asserted that if aliens visited the Earth, that, of course, they’d be benevolent to humanity because at that level of technology, how could they possibly be anything else?

The sheaf of assumptions associated with this assertion went deep. I could not get through to the fellow that he was extrapolating beyond his available data — a phrase my father often uses when discussing ideas. The idea that this expression is so embedded in my own consciousness from toddlerhood might explain my own indoctrination to the scientific method, huh?

But he needed to believe, somehow, that if there were advanced aliens, they’d be benevolent. We have exactly zero data to support either a benevolent or malevolent race of possible aliens. He was utterly and completely convinced otherwise.

I was not talking to an uneducated person. He’d graduated from a good school. I even think his degree was in computer science, so it’s not like he’d never studied logic.

However, he could not apply those classes to anything outside of his field. (Yes, the Heinlein fans will begin to think of Gulf, I know…)

Common problem. We need to feel sure so badly we’ll shoot ourselves in the foot on many things. The idea of changing one’s mind to meet changing data is often seen as foolish or weak-willed. Even those of us who are proud of our abilities to see the data and come to the accurate conclusion might be fooling ourselves.